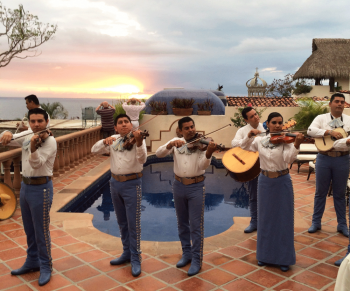 Happy Cinco de Mayo! Granted, this isn’t as a big day in Mexico as it is in some parts of the US, but we can’t let an excuse to raise a margarita in the interests of patriotism go by. Cinco de Mayo celebrates an upset win by the Mexican army against the French, who had twice as many troops, on May 5, 1862. The history of the margarita is less succinctly recorded. It may have first been made for a Ziegfeld Folly dancer named Marjorie King (who was allergic to other spirits) in 1938, or for another showgirl named Rita de la Rosa that same year. Or maybe for one Margarita Henkel, daughter of the German ambassador, on July 4, 1942. But, really, does it matter? Regardless of the conflicting creation stories, the tequila-orange liqueur-lime elixir is a showcase for each of its elements: the earthy distilled agave, the blossom-scented liqueur, and the crisp burst of citrus that manages to slice through its companions while uniting with them at the same time. When it comes to the religion of cocktails, this counts as a holy trinity not to be trifled with. Come to our rooftop dining room and sip one of our hand-shaken (or stirred) marvels while contemplating our creative seasonal menu—and the gorgeous ocean view. Happy Cinco de Mayo, happy you!