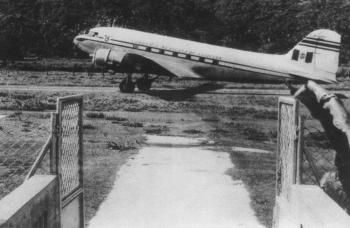 Take a walk down memory lane and let Hacienda San Angel that has a past filled with glamour and romance take you on a flash back to the past……….. We will never forget the spirit and those who founded Puerto Vallarta contributors to its magic that has kept thriving over the past century.

Puerto Vallarta was originally called Las Peñas in the early 19th century. Its neighboring towns were thriving due to mining and agriculture in San Sebastian del Oeste, Talpa de Allende and Mascota.

The real story regarding the founding of Las Peñas, Puerto Vallarta today is that it was founded by Guadalupe Sánchez Torres, on December 12 1851, as Las Peñas de Santa María de Guadalupe.

Puerto Vallarta grew alongside these high in the sierra towns that are still hidden gems one of which San Sebastian has recently been awarded one of Mexico´s most magical towns. Puerto Vallarta transformed itself into a small fishing village and a served as a landing spot to receive goods to then send inland.

From 1925 until 1935, the Montgomery Fruit Company operated in the area around Ixtapa which provided an important source of employment in the area.

Did you know? The first airplane service arrived in 1932 to Puerto Vallarta?

Puerto Vallarta  became a vacation destination for residents of the Sierra Towns by the mid 1950´s and most of the original settlers were those who left the mountain to enjoy llfe by the sea!

The late Richard Burton purchased the Hacienda’s San Angel´s main villa as a Valentine’s Day gift for his wife, Susan in 1977, after falling in love with Puerto Vallarta as he filmed John Huston’s The Night of the Iguana there in the mid 1960’s. The cult classic film put Puerto Vallarta on the map as a favorite vacation spot for the international glitterati. Perched on the hillside above the famed Nuestra Senora de Guadalupe Church, the villa, aptly named Casa Bur-Sus, embodied coastal charm and Mexican architectural tradition. Enjoy seeing some of the old photos of those times by clicking here (I have collected some amazing old photos that I will put in an album and upload tomorrow and put link to)

In 1990, entrepreneur Janice Chatterton purchased Casa Bur-Sus from Susan Burton to use as a vacation home. After splitting her time between San Francisco and Puerto Vallarta for ten years, she decided to relocate to Puerto Vallarta, and began to spearhead a major renovation. The renovation of Casa Bur-Sus soon became a newfound passion for Chatterton, and when she was presented with the opportunity to purchase an adjacent villa, she eagerly snapped it up, renovating it and coining it Casa San Angel. So became Hacienda San Angel, and its original eight room property, which debuted in 2003. Since opening the Hacienda, she has purchased and renovated several additional neighboring villas, creating a spectacular property connected by lush interior courtyards filled with bubbling fountains, fiery bougainvillea and dramatic sculptural details brimming with ancient beauty.

Puerto Vallarta has changed a lot, but a stay at Hacienda San Angel will definitely take you back to the good old days of glamour and old Hollywood!