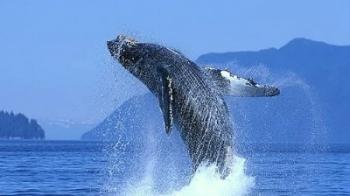 With the tail end of whale watching season approaching guests who want to witness these spectacular sea creatures in their natural habitat are encouraged to act swiftly. Considered one of the area’s best water excursions, visitors can catch humpback whales as they make their annual 16,000-mile reproductive migration starting in December. But, hurry, because they start heading north again in March.

Weighing up to 90,000 lbs., humpback whales are easily identified by their black dorsal fin and the hump on their backs for which they are named. It’s quite a thrill to these magnificent mammals playing, feeding and breaching just a few feet away. By January, the females begin to give birth, so keep an eye out for calves swimming alongside their mothers.

No time for an excursion? During migration season, humpback whales are plentiful in the Banderas Bay and often visible through the bell tower at Hacienda San Angel, so be sure to take a peek!